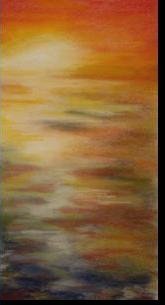 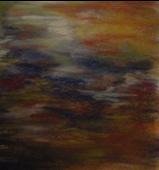 Concerto.net: "a mélange of searing and oft-untamed commentaries, to pay tribute to those men and women who have fought and are currently fighting valiantly against this plague."

Das Orchester 5***** "The CD debut of the young Bulgarian-British musician Martin Georgiev brings us an entirely individual musical narrative world, from London. In it, heaven and earth are reflected." read more...

Sound and Vision : “unlike anything else I have heard before”

Fanfare: "Sophisticated, uncompromising yet sonically appealing, the music of British-Bulgarian composer Martin Georgiev (b. 1983) promises to be a prominent voice on the musical landscape. … The recording … is superb. Georgiev is a major new voice"

Pizzicato *** “pictorial and full of fantasy”

Music Web International : “Music with an invitingly gruff and swirling strangeness that trumps and transcends its occasional avant-garde sounds.”

He was Composer in Residence to the City of Heidelberg - 'Komponist für Heidelberg 2012|13" which culminated in the world premiere of The Secret, orchestral work commissionned and premiered by the Heidelberg Philharmonic Orchestra, conducted by the composer, which later grew into becoming Symphonic Triptych No.3, completed in London during the first lockdown of 2020. Since 2013 he has been assistant Conductor with the Royal Ballet at ROH Covent Garden, London, involved with the world premieres of numerous new ballets by world's top choreographers and composers, such as Woolf Works, Multiverse, Connectome, Frankenstein, Yugen, Obsidian Tear, The Illustrated Farewell, Strapless, Corybantic Games, The Wind, Raven Girl, Unknown Soldier, and Medusa, alongside the timeless Tchaikovsky masterpieces and numerous Ashton works in the core of the company's repertoire. In the 2022-23 season he is conducting the Royal Ballet productions of Mayerling and Woolf Works at the Royal Opera House. Since 2018 he has been guest Conductor with the Birmingham Royal Ballet where he conducted the world premiere and UK tour of Ignite (nominated for Benois de la Danse, Moscow, 2019) within the groundbreaking Ballet Now programme, and he opened and closed the 2020-21 season of the Company, conducting the world premiere of A Brief Nostalgia (another Ballet Now commission) at Birmingham and London's Sadler's Wells in 2019, and Swan Lake at Birmingham and on tour around the UK, including the last show before the first COVID-19 lockdown in March 2020. In the autumn of 2021 he returned to the Birmingham Royal Ballet conducting Prokofiev's Romeo and Juliet, as well as Rosie Kay's new Romeo + Juliet choreographed to Berlioz's choral symphony Romeo et Juliette, hailed as "rousing" by The Times and "zestily played by the Royal Ballet Sinfonia under Martin Georgiev's exuberant baton" by Financial Times. In 2010-11 he was SAM Embedded Composer with the BBC Symphony Orchestra, London. He has been permanent guest Conductor with the Varna State Opera House for over a decade, where he conducted a number of award winning productions and concerts, including a critically acclaimed new production of Swan Lake with laureates of the legendary Varna International Ballet Competition. For season 2020-21 Georgiev was scheduled to conduct several productions with the Royal Ballet at ROH Covent Garden, cancelled due to the pandemic situation in the UK. The global pandemic also cut short the Netherlands tour of Georgiev's Percussion Concerto No.3 Genesis with Tatiana Koleva and Kammerorkest van het Noorden, after the first 7 concerts across the Netherlands in 2019-2020 were met with critical acclaim. During the lockdowns in London he composed, recorded and released as an album his new Violin Concerto, humbly dedicated to all medical doctors, health workers and researchers, starring violinist extraordinaire Vasko Vassilev, the first-ever Concertmaster of the Royal Opera House, and the Covent Garden Soloists. The lockdowns allowed the time to compose several other works as well, including Piano Concerto, Cello Concerto, Symphonic Triptych No.3, String Quartet No.2, cadenzas to Mozart's 20th and 21st Piano Concertos and others.

Martin Georgiev was educated at the Royal Academy of Music, London; and the National Academy of Music 'Pancho Vladigerov', Sofia, Bulgaria; obtained his PhD (doctorate) in Composition from the University of London and Masters' degrees in both composition and conducting. Born in 1983 in the historic city of Varna, Bulgaria, he resides in London, being both Bulgarian and British national.

Dr Georgiev has completed his PhD in Composition at the Royal Academy of Music, University of London, in 2013. His doctoral research with principal supervisor Dr. Philip Cashian and subsidiary supervision with Sir Peter Maxwell Davies, Julian Anderson and Sir Harrison Birtwistle was supported by scholarships from the Wingate Foundation, Alan&Nesta Ferguson Trust and Sir Richard Stapley Educational Trust. Central to it was the development of his signature technique for composition, Morphing Modality, which is a systematic approach to key aspects of the process of music composition inspired by the technique of ‘morphing images’ from the visual arts, integrating fundamental principles from the theory and practice of Bulgarian-Orthodox and Byzantine Chant, and informed by music psychology, perception and cognition. (For a multimedia web presentation  - click here.)

He has also completed Masters’ degrees in Conducting and Composition and Bachelors’ degree in Percussion at the National Academy of Music ‘Pancho Vladigerov’ in Sofia, Bulgaria, where he studied with professors Plamen Djouroff, Krassimir Taskov, Tatiana Karparova, as well as a private ABRSM-structured programme with the outstanding Bulgarian composer and conductor Professor Vassil Kazandjiev FBAS.

Martin Georgiev is a recipient of numerous awards for composition and performance. He is a laureate of the International Composers' Forum TACTUS in Brussels, Belgium, where his works featured in the selection in 2004, 2008 and 2011; the Grand Prize for Symphonic Composition dedicated to the 75th Anniversary of the Sofia National Philharmonic Orchestra in 2003; the UBC Golden Stave Award in 2004; orchestral commission prize in memory of Sir Henry Wood by the Royal Academy of Music, London, in 2011; he was a finalist of the Hindemith Prize of the Schleswig-Holstein Music Festival in Germany (2011) and a recipient of 15 prizes from national and international competitions as a percussionist.

He has been music producer for critically acclaimed releases with the Royal Scottish National Orchestra and the English Chamber Orchesra, and pianists Ivo Varbanov and Fiammetta Tarli, for Hyperion Records.

Click orange button (top left) to play/pause. Scroll down the list of audio tracks for more recordings and click on your prefered track to listen to. Click on the waveform to navigate within tracks. For more information on the compositions visit the Compositions page from the website menu, or click here. 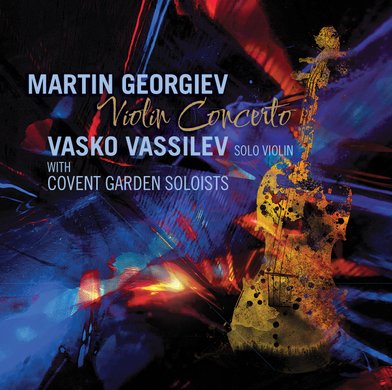 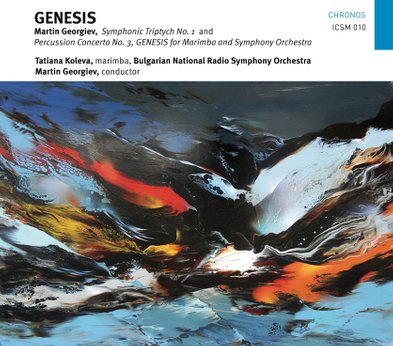 A Chamber Opera by Martin Georgiev